ASK MRS TREFUSIS: WHAT CAN I BUY MY HUSBAND FOR HIS FORTIETH BIRTHDAY? 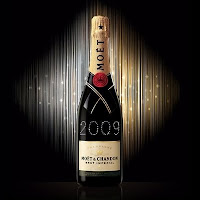 Last saturday's Guardian came with a free copy of Jackie magazine. As a teenager I was an avid reader: I loved the ads for Miners makeup and for Rimmel- which then seemed the height of cosmetic luxury- and the photo-love stories, and pictures of hearthrob pop stars, but most of all I loved Cathy & Claire, Jackie's resident agony aunts (AKA the subs desk).
Nowadays it seems that we're all too deeply sophisticated and grown up to be allowed agony aunts in glossy magazines - I suppose there's the wonderfully facetious Mrs Mills in Sunday Times' Style magazine - but really, Jackie magazine may have long ceased publication but has the angst disappeared? Or is it simply that the questions have changed.
Anyway, imagine how much more fun Vanity Fair, Harper's Bazaar, Vogue and W would be with a column devoted to solving reader's problems? I was idly pondering the kind of questions that might crop up most often in the postbag when, in a spooky wiggle of Jungian synchronicity, the dilemma you find below pinged into my inbox. Some are born agony aunts, others merely writhe in agony: I'm not sure what I am, but have attempted to answer the question to the very best of my ability.
Dear Mrs Trefusis
I am about to divorce my husband, but it's his fortieth birthday in a few weeks, and I feel I should really mark the occasion with a suitable present. How does one celebrate the 40th birthday of one's soon to be ex? What kind of present is appropriate?
Hmmm. It's difficult, isn't it. What does one buy the man who has everything.... except, um, his wife. For a fortieth birthday, one naturally wants to get something someone can keep, but then, if you're sidling out of someone's life, then the idea of proffering a permanent reminder seems to lack a modicum of tact. What one really wants to give him is a subscription to a good dating agency, so one can get him off one's conscience as soon as possible, but I can see that this solution may not offer the finesse you're looking for.
I'm assuming - from the rest of your email - that you're parting on good terms and so I'd take a neutral but lavish approach: forty is still something of a watershed in a man's life - a time to put away childish things and shift gear from dilettante up to connoisseur. This is my round up of great gifts for a discerning chap on the eve of his, ahem, fifth decade.
Clothes: There are classics every man should own once he's old enough to look after them properly: Turnbull & Asser Sea Island white shirts, for example, Hermès ties - particularly the ones with the distinctive animal patterns on them, an Hermès belt, a decent jacket from Gieves, a cashmere v-neck. Non-comedy cufflinks. A pair of shoes from Loakes or Church's. A classic Burberry or Aquascutum trench. A good winter coat.
A watch: If he won't be troubled by a present that will show him how quickly time zips past once you're in your middle youth, a watch is a particularly appropriate fortieth birthday present. A man should own three watches: sports, work and dress. Remember, it's better to buy a good Timex than a fake Rolex.
Distinctive accessories: Every man should have something suave to carry his laptop around in, rather than one of those ghastly IT black things. Bill Amberg do the nicest, and they come in several sizes - the smallest works for a laptop, the largest for a weekend bag. The Medicine Bag is particularly good, offering a modern twist on the traditional Gladstone.
Art: Signed lithographs don't have to be expensive. Photography is also becoming very collectable, and oddly, it's slightly less emotionally nuanced than art. I love this Terence Donovan print of Julie Christie, available from the Chris Beetles Gallery, who specialise in illustration but have a burgeoning photographic side.
Wine: After forty there's no excuse for not knowing your way round a wine list, and building your own wine cellar is an elegant refinement that doesn't have to be an expensive hobby. Berry Bros & Rudd do a terrific wine course as part of a cellaring package.
Food: Men seem very keen at the moment to adopt some of the more traditional female skills - sadly this never seems to involve a taste for emptying the dishwasher, or cleaning up when the children have been sick in the middle of the night - if they want to do some cooking it seems to involve a trip to Borough Market in search of some rare vegetable or artisinal cheese which will then be presented at the dinner party with a flourish and its full resumé. Anyway, the using of every single pot and pan in the kitchen will soon no longer be your problem, so you can feel free to indulge his latent Gordon Ramsay without any qualms about having to spend decades clearing up afterwards.  Leith's do wonderful cookery courses ranging from week long intensive cheffery to high tech specifics: I'd hesitate to give Knife skills as a present to someone I was breaking up from, but it's apparently hugely popular with men.
Like leaving a job, it's always satisfying to exit on such a high note that your successor will find it hard to live up to your standards. This may not be the last present you'll buy your ex, but ideally, it will be one that will help him remember the relationship with fondness, and irritate the hell out of the next incumbent.
Posted by Helen Brocklebank at Friday, September 18, 2009 13 comments:

FAIR STOOD THE WIND FROM FRANCE

"What should I say to the new French CEO - it's a breakfast meeting so nothing too formal, but you know - something that might make an impression," I asked Mr Trefusis, whose proficiency with the french language still gives me the Fish Called Wanda feeling, even after six years of marriage.
"Tu peux les toucher," he offers, somewhat idly.
"Hang on - he's the CEO - I can hardly 'tu toyer' him, can I?"
"Well, it might sound a bit odd if you used 'vous' when inviting him to cop a feel."
"Oh, yes, very bloody helpful. In fact, a brilliant career move, asking one's new boss if he fancies a quick grope. I doubt that's what he means when he says we should get down to business. Try again: I want to make a good impression, not listen to the rungs of the career ladder snapping loudly beneath my feet. "
After some arguing, mostly about Mr Trefusis's lack of confidence in my ability to steer a conversation away from difficult linguistic waters, we agree that he'll coach me to say 'Veuillez excuser mon français exécrable' with a perfectly patrician parisian accent, and then I'll switch back to English, leaving Monsieur le CEO with the idea that I am wonderfully fluent but deeply modest. It'll do. It's not a one-on-one, anyway, so I'm pretty sure I won't have to show off too horribly.
But actually, I'm fairly nervous about the meeting - as one ever is, I guess, when spending time with someone who has your livelihood in their hands. And, of course, in more affluent times, no one tried too hard to impress. These days it's different: staying in one's job isn't just about being good at it - with the spectre of redundancy looming over everyone, working is like a hideous game of musical chairs - you can dance and dance only to return to your place to find the chair is gone. I know very little about Monsieur le CEO, other than his recent career history. I know he must be pretty posh, the 'de' in his name being a dead giveaway. I know he likes cars, though I shan't attempt to add my five pence worth here since the workings of the internal combustion engine are a piece of spectacular magic to me and I can just about tell a BMW from an Audi. Other than discussing the business, I'll have to conjure conversational topics from nowhere and hope he doesn't ask me anything difficult. I'm not aiming for anonymity, however. I need him to know who I am.
I do know he likes pretty girls. It might not be an original manoeuvre, but one may as well attempt to be easy on the eye. I'm no Claudia Schiffer, obviously, or Carla Bruni, but you can't have everything and with an exhausting amount of effort I can scrub up fairly well. Unless you're a super model, good looks are 10% what you were blessed with and 90% good grooming. Look at any of those makeover shows on the television, and it's all about the hair. Get that sorted and you're most of the way. Add decent, subtle makeup and a flattering dress and you can hold your head up with the best of 'em. At the crack of, um can't be dawn, it's still dark, Mr Trefusis finds me in the bathroom wearing beige spanx and a push up bra, blowdrying my hair. To add to the ineffable beauty of the picture, the top half of my hair is in curlers (it's not just my breasts that deserve a boost). It's terribly hard on husbands - seeing one's wife get ready must be like going on set at a film lot, discovering that the beautiful buildings in the movie are just plasterboard façades, held up by scaffolding. But at last I'm ready, as soignée as I'll ever be, with an elegant little black dress so tight it immediately gives me indigestion and a pair of taxi shoes high enough to induce vertigo. I spray on some Mitsouko in an attempt to smell expensively sexy, yet sophisticated. I think I probably just end up smelling like my mum.

I arrive at breakfast - my peers have all had the same idea - every last one of us is LBD'd and blowdried to within an inch of our lives. Monsieur le CEO compliments me on my perfect pronunciation of exécrable and the meeting passes off without incident. And in these dark days, who can ask for more?
Posted by Helen Brocklebank at Tuesday, September 08, 2009 1 comment: