LOVE IS A UNIVERSAL MIGRAINE 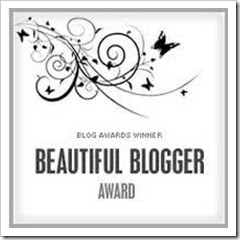 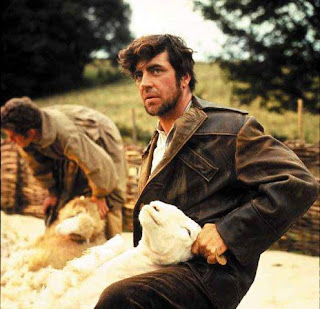 I'm so sorry, the minute I wrote that heading, I planted a Barbara Streisand shaped ear-worm in my head (misty water-coloured memories of the way we were tra la la) - I don't even particularly like the song, but there it is, firmly embedded, and so, like this Meme, I'll pass the ear-worm onto you too.

Anyway, I have the beginnings of six blog posts in my draft folder, half of which have become obsolete since I started them, and since Real Life is conspiring against me getting any of them finished in the foreseeable, I thought I'd take the opportunity to do the lovely Foxymoron's meme, since she was generous enough to tag me.

However, that's no kind of an answer, is it, so I suppose growing up as an army brat is the defining formative experience. I used to envy people who'd lived in the same town all their lives and had friends they'd been at nursery school with, but there are advantages of moving every few years: it teaches you to make friends easily, and to be incredibly self-sufficient in the gaps between making those new friends - a skill I'm failing to pass on to Trefusis Minor and his sister, who won't play on their own at all. My parents also had to do vast amounts of entertaining, and my sister and I were always on peanut and crisp passing duty before we were scooted off to bed, and had to make lightly intelligent small talk with Generals and Colonels and their wives, and to be able to start a conversation with someone one has never met before. Curiously, this turned out to be incredibly good training for my career, but more of that another time.

If you had a whole day with no commitments, what would you do?
I'd write something moderately entertaining for this blog, and try to store up a stash of posts for when the gaps between work and life close down once more.

What food or drink could you never give up?
Cocktails, naturally - I'm devoted to a classic Daiquiri, which is one of the few cocktails that it's easy to make at home if you get the quantities right (recipe here). I also find the way Claridges make a champagne cocktail very cheering. It's a great restorative, and a lovely treat. I can't remember what they cost exactly - I think it's £12.50 - obviously not cheap, but infinitely better value for money than four Starbucks frappucinos, say.

Food? Well, I'm very fond of the marachino cherry in the champagne cocktail.

If you could travel anywhere, where would that be and why?
Venice is my favourite place on the planet, not least because one of my favourite people on the planet lives there and I don't get to see nearly enough of her, so if I could travel anywhere, it would always be there.
I've also a longing to go to Istanbul, so I can straddle two continents (ouch).

Who do you have a crush on?
Ha, I thought, I don't have crushes, how juvenile. I haven't had a crush on anyone since I had a massive crush on Julian Cope when I was fourteen, and kept the photo-set I tore from The Face under my pillow. And anyway, obviously, I'm far too devoted to Mr Trefusis to have a proper moony crush on anyone.
But then, what about Gene Hunt? Fictional character, very unprepossessing, makes me quiver with lust every time Ashes to Ashes is on the telly. Crushes on fictional characters don't stop with D.I. Hunt - there's Gabriel Oak from Far from the Madding Crowd [pictured above], James Bond, Maximus Decimus Meridius, Oliver Mellors, William in Flambards, Beowulf, Carrisford from A Little Princess, and, erm, Dracula. The list is a bit longer than that, but I don't want to get a reputation for being that sort of girl.
Lately, though, I realise my crushes run to the gerontophile: David Dimbleby, Bryan Ferry, Melvyn Bragg, A.C Grayling, even Jeremy Paxman. No one needs a doctorate in psychology to analyse my devotion to clever old men.

I also have a mammoth crush on my art teacher, who looks just like a superannuated Lloyd Cole. So consuming is my passion for him I am even able to overlook his horny toenails and Jesus sandals.
If you were leader of your country, what would you do?
Oh God, I don't know. Even David Cameron didn't know, which is why the last election in the UK was the one none of the candidates wanted to win.
I asked Mr Trefusis instead, it being his kind of question. This is what he'd do if he were your Prime Minister
Economics: pay down the debt and make Europe accountable [long tirade about corruption in the EU and subsidising european farmers.... I shall spare you the full version]
Education: pay teachers more, sack bad teachers, insist on higher standards in teaching colleges, allow people to open more schools.
Foreign Policy: work out what the hell we're supposed to be doing in Afghanistan, do it, and leave.
Culture: make sure there are tangible, long-lasting benefits from the money spent on developing the London Olympics. Remove all arts subsidies [I'm afraid there was a long pause whilst we had a mini row about that one...]
Immigration:"If you want free markets, you have to allow free movement of people. Any kind of immigration control is complete lunacy"
[There was more... I distracted him with a television programme about the Romans in Britain before he made me write him a Manifesto].
Give me one easy savoury recipe that doesn't include cheese.
Take one Boots Advantage Card, go into the shop and select a large packet of salt and vinegar crisps, open and serve.
Only joking.
Tagliata in the Nigella manner:
Put olive oil, the juice and zest of a lemon, a couple of handfuls of thyme or oregano, two crushed garlic cloves and salt and pepper into a deep sided dish.
Show a large rump (or sirloin - whatever's in Waitrose) steak to a searingly hot pan, longer if you like.
When you've given your steak a couple of minutes each side, put it in the lemon/olive oil/herb mixture and leave it to rest for at least five minutes each side.
Slice it into strips.
Put it on a generous pile of rocket salad, pour some of the marinade over it and season.
How many it serves depends on how big your steak was in the first place. Mr Trefusis complains if I don't offer him some kind of carbohydrate to go with it, preferably cubes of potato roasted in the oven with olive oil, garlic, rosemary and a lot of sea salt.
What did you think you were going to be when you grew up?
A Prima ballerina. Stop sniggering.
If you could spend just one day in someone else's body, who would it be?
Anna Wintour. With an option to morph into Grace Coddington if I can't keep up the froideur past elevenses.
Now, the way this meme works is that I have to add a question of my own, and tag three other bloggers.
Which woman writer - living or dead - do you most admire and why?
And my three bloggers are
Blighty: http://blightyworld.blogspot.com/
The Knackered Mother's Wine Club: http://knackeredmotherswineclub.blogspot.com/
and,
Perfect Welcome: http://perfectwelcome.blogspot.com/
Posted by Helen Brocklebank at Thursday, July 01, 2010 25 comments: