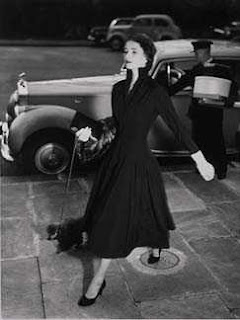 I'm still half-heartedly batting off middle-age. By which I mean, my efforts to remind myself that I'm not absolutely over the hill are certainly more vigorous than they were last year. 2010 was mostly characterised by my devotion to eating cake and feeling morose, and of course, by the time the New Year dawned, the cake had made my pants feel like I was wearing them back to front, and the moping around smacked too much of the horror of my fifteen year old self, when all I did was stay in my bedroom wearing an oversize black mohair jersey, writing bleak, sub-Sylvia Plath inspired poetry to a soundtrack of Kate Bush and The Dead Kennedy's.

There has been some progression, thankfully: the mohair has given way to a black cashmere polo neck (admittedly, I'd much rather the label inside said 'Brora' than 'Tesco Finest', but still), and the awful poetry has been replaced by this blog (less prolific, more self-conscious). Fortunately for Mr Trefusis, I only have The Dead Kennedy's on vinyl, and we no longer have a record player. But even so, the period of appalling self-indulgence would have to come to an end at some point, and God, January is a good a cut off as any.

'Shake it off, Trefusis, and spruce yourself up,' I said to myself over Christmas, 'There's no point in waiting for your second wind, if you're still puffed out from the first, life in the old dog yet and all that.' I'm afraid I've never been one for covert, internal transformations - for one thing,  if I'm going to make an effort to buck things up, I don't want it to go unnoticed and for another, I can't possibly change myself on the inside if the outside looks shabby - it seems so hypocritical, really.

It's not a new or original thought, obviously - about two thousand years ago, Roman poet Juvenal wrote that 'seldom do people discern/eloquence under a threadbare cloak' so now, as then, the externals matter.

Of course, after a certain age, there's no such thing as a five minute fix - one can't shrug off twelve months of intimate acquaintance with the Campari Spritz at lovely Polpo Soho or Red Velvets at Hummingbird Bakery overnight - and it seems to me that, after forty, everything, from reading the instructions on a new gadget to looking halfway presentable, takes an unreasonably long time.

But there are a few rules, I find, to making one look less of a natural disaster -

(1) Decent skincare
The effects of winter weather and central heating, as much as age, make skin seem grey, dry and dull. Harper's Bazaar's Newby Hands said Nubo's Diamond Peel and Reveal 'is the best we've tried for giving refined, clear skin'. It's the best I've tried too - it's like Mr Sheen for the face, getting rid of the dusty look and putting the fresh shine back. It's not a steal at £65, but it is wonderful, and a little goes a long way.
I also really like Clinique's Repairwear Laser Focus wrinkle and UV damage corrector (£35) - I'm a huge fan of serums - I've tried everything from Lancome's Genefique to Creme de la Mer - but this works even better than products I've used at twice the price. It makes my skin incredibly clear and soft, and has all but eradicated the finer lines on my face. I use it with another Clinique product, Youth Surge Age Decelerating Moisturiser (there's a day and a night cream), which again has a performance which belies the price - it's about £28, which is only a few quid more than Olay, and infinitely more effective. I'm a complete convert.

(2) It's all about the hair
Watch any of those make-over programmes, and it's not the zillions spent on botox/fillers/peels/surgery that turns the bags into beauties, it's the hair.  Good colour and a decent cut work miracles beyond comprehension. My beloved Graham, who created the Mrs Trefusis hair (profile picture) and is King of Up-do's, has opened a salon a hop, skip and a jump from the office, so I need never let my roots admit what he tries so hard to conceal, that I'm very far from a natural blonde. Graham also taught me that a professional blow-dry is infinitely better value for money than a new frock if you've somewhere special to go.
Tilley and Carmichael, 5 Silver Place, Soho, London W1F 0JR. 0207 287 7677

(3) Until someone sensible brings vigorous corsetry back into vogue, exercise is unavoidable
I've tried, really I have. There have been a few half-hearted attempts at getting back into running, but really, it's been all about the Spanx and a push up bra since the Tiniest T was born. Apparently, exercise not only puts the zing back into your figure, it also makes you feel jolly. Three mind-boggling Zumba classes and some fiendish gym sessions, I'm still to be convinced, possibly because the programme was designed for me by an infant in trackpants, who talked slowly to me in a 'Does he take sugar?' kind of way, and said 'I expect the gym has changed a lot since you last came: it's all computerised now.'


(4) Bugger being young: be sophisticated.
(Actually, this is points 4, 5, 6 and 7 all rolled into one, partly because it's taken me a month to get round to writing this blog, and we'll be here all night if I go on much longer.)

Why bother to épater les jeunes when this season's ultra-groomed glamour looks utterly bonkers on the under 35's. If you try to do the current  'done' look, all blow-dried hair and proper lipstick, and you're in your mid-twenties, you risk looking like the Tiniest Trefusis after a raid on my wardrobe.

Ha! Quick, quick, Middle Youth, I call upon you to rise up: our fashion moment has finally come.

Anyway, the quickest short cut to sophistication is a bold lip, which seems to be very now, thankfully - Sali Hughes has it bang on in this lovely piece from the Guardian. Unconsciously, I've been working up to this moment for a while because at the last count I had fifteen red lipsticks, all different, but then with red lips, it's all about the nuance. It's not especially easy to pull off - a strong lip doesn't really work if the rest of you is a bit laissez-faire - but on the days one can be bothered, it's pure beauty prozac.

It's also probably time to develop a signature look, as recommended in one of my favourite books  - Backwards in High Heels - I'm still working on this, but I'm told it's not only sophisticated, it's most youthifying.

I was also told the other day, by someone who knows, that fast fashion is over and it's all about 'considered shopping' - for example - no one needs three expensive handbags - invest in the one you really love and look after it. Don't buy six cheap white shirts, find the definitive white shirt, and so on and so forth.

But really, the apogee of grown-up chic is the ability to eat oysters. In my head, I am exactly the kind of woman who could perch elegantly on a high stool and lunch on a half dozen Duchy Natives and a glass of champagne - not only is this sublimely elegant, it's also only 4 Weightwatcher Pro-points, the same as a couple of slices of toast but infinitely more impressive.  Reader, I have yet to manage more than two oysters, because secretly they rather revolt me, but I am practising hard, helped by the opening of fabulous new seafood restaurant, The Wright Brothers on Kingly Street in Soho - just walking in makes me feel impossibly stylish, like Alexis Colby, but in a good way.
Posted by Helen Brocklebank at Monday, January 24, 2011 17 comments: