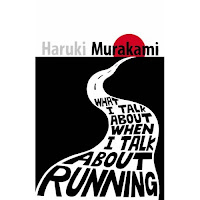 Things have actually been a bit pants lately, hence the radio silence. I know a blog is supposed to be a wonderfully therapeutic space in which to share good and bad, but I have absolutely no talent for confessional writing. I wish I did – I’m sure it would make me feel better, but try as I might to escape from my terribly buttoned-up conditioning, I’m afraid my DNA appears to be woven from very hairy Harris tweed. I’ve drunk an awful lot of tea and muttered duck-billed platitudes like ‘Mustn’t grumble’, and ‘Really, one has an awful lot to be thankful for’, and ‘at least the children are all right’, before taking refuge in clichés - ‘it will all come out in the wash’ is one I particularly want to give myself a slap for.

So it’s all been the tiniest bit Vortex of Despair, and I’m really rather resenting the fact that the Studio appears to have brought in Orwell and Kafka to rewrite my original screenplay, excising all the charming feel-good, lovely-you-lovely-me bits, sacking Richard Curtis and putting Ingmar Bergman in to direct the picture instead.

Really, this wasn’t what I had in mind for 2009 at all, and my stiff upper lip is occasionally getting rather quivery. On occasion, I become rather spineless and behave like Chicken Licken.

Try as I might to be stout-heartedly brave about everything, and give it my best Mrs Miniver, lovely colleagues at work have noticed that it’s not all as ticketty-boo as it might be. The signs that they’ve noticed are subtle - the British are particularly good at sensing when one just can’t bear to talk about something, and rather than manacling you to a couch and bludgeoning you into a furious, forensic psychoanalysis, they offer up quiet acts of love. It is these mute yet potent tropes of friendship which sustain and nurture you through difficult times.

It was as a result of one of these rhetorical touches that I found myself yesterday lunchtime running with one of the team around St James’ Park, wheezing past the enormous pelicans, trying not to trip over squirrels and lunching tourists, as we ran in comradely silence round the periphery and on into Green Park.

Getting me running has been a labour of love for my colleague – I think it has taken her three weeks of nagging to get me to bring my kit in, and another three weeks to get me to put it on, but she has persevered, quietly and doggedly determined to effect a cure before the illness takes a firm hold. The unspoken truth hanging between us is that she knows I need digging out of a pit of gloom, and if I am unable to change the situation I find myself in, she can at least help me change the way I deal with it. Running is nature’s prozac: I’m sure it’s utterly useless as a therapy in extremis, but when things are mild to moderate grim, the endorphin boost suddenly gives one the courage to face things head on. Like any treatment, it needs to be taken regularly to be properly effective, but for the first time in weeks, as I was belting back to the office to beat the rain, I found the strength to believe that things will get better, thanks to a friend who knew I couldn’t talk, but had her own way of listening.


And this is what I think about when I think about running.
Posted by Helen Brocklebank at Thursday, December 03, 2009 35 comments: