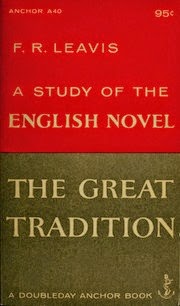 When I was an undergrad, I had in my head a clear distinction between good books and bad books. The former were 'texts' to untie, their author was dead, they were frequently voice driven, rather than plot. These books were the literary equivalent of the gym: enjoyment was secondary to the good it was doing you.

I read English, there were a lot of texts to get through. I once deliberately selected several terms worth of poetry seminars purely because poems tended not to run to hundreds of pages.


So there were 'texts'  and then there were 'reading books': one could never spin an essay out of a reading book, and only rarely would a 'text' keep one awake all night, unlike a really gripping airport novel which has one turning the pages in a bug-eyed and frantic effort to discover whether the heroine gets the man of her dreams, or if the baddie will be caught by the detective before the hostage perishes, or if there really was a sixth secret member of the Cambridge Five.


My bookshelves were segregated along these lines - or rather, in my tiny room at university, only the improvingly literary books were on display. Under my bed were concealed piles and piles of romances, detective stories, spy thrillers and other pulp fiction, and I was always rather terrified they might tumble out, like bottles clanking in an alcoholic's handbag.

We were vociferously critical of the Western canon and Leavis' Great Tradition (a term's seminar on Modernism ground to a halt, quite rightly, because Woolf had been omitted and there were no women represented at all). We talked very airily in those days about high brow and low brow culture, deciding that no-brow was where we wanted to be and that all books were texts and should be evaluated on their own merits. And I read, and read, and read and debated the set texts and wrote essays pulling Baudelaire, Eliot and Proust into one big literary hug, and yet other essays about patriarchy and the gothic, and graduated and spent a year decompressing by reading nothing but Jilly Cooper and Barbara Cartland.

'for there's nothing either good or bad, but thinking makes it so.'

Yet, it is true that some books are better than others, and it doesn't always follow that they're more enjoyable, as Andy Miller's tremendous and terribly funny comparative reading of the Da Vinci Code and Moby Dick in 'The Year of Reading Dangerously' shows. Some books are easier than others - Nancy Mitford doesn't require the effort of George Elliot, for instance. And some books are more disposable than others - read Emma or Jane Eyre, or even Barchester Towers again and there's something new to discover within the comfortable and familiar narrative, but re-read Lee Childs and all you'll wish for is that you'd remembered to pack more than one book. However, some books repay the effort of reading them a thousandfold - Anna Karenina is one of these, as is Parade's End and Vanity Fair. None of those books is especially challenging in the way that, say, Ulysses is, but each of them has something important to say about how narrative and character are properly constructed, and once you've committed yourself to them, they're a compulsive read.

Depressingly, it seems to follow that the more challenging and yet more rewarding a book is, the fewer copies it will sell, while utter rubbish flies off the shelf in seemingly infinite quantities (Fifty Shades of 'Holy Crap he wants to spank me' Grey, anyone?), and the publishing industry runs off chasing the tail of that particular squirrel until the W.I decides to publish 'erotica' and everyone realises it's time to stop. But that's the same in every market, and it probably only feels rather sadder in publishing than in the perfume world because I'm such a book zealot. I think the act of reading fiction is like discovering the X on a treasure map and starting to dig, in the certain knowledge that there's a chest of Spanish doubloons waiting for the thud of your spade.

So, now, in the era of Kindle, I confess I'm still a book snob - I still make a distinction between 'reading' books and books that require me to push myself a bit. Now, as then, I'm a voracious and indefatigable reader of both kinds, though I'm more likely to read the former on kindle than keep them under the bed. I write this staring rather guiltily at a vast pile of new fiction, all of which must wait until I've finished cramming for SJ Watson's Books That Built Me on 24th February. Through his choices, I'm rediscovering Jeanette Winterson, and the intense pleasure of her prose feels as if my spade has broken right through the wood of the treasure chest, and I'm surrounded by pearls, rubies, pirate gold and all other manner of precious jewels. I'll store it all in my word-hoard.

Yes, I completely understand what you mean. When I was young, I was a real book snob - only literary texts were worth reading in my opinion. I voraciously read what I termed rubbish but just didn't admit it.

I think the turning point came when I managed to persuade a friend who was a self confessed non reader and proud of it to read a book. That book just happened to be a Danielle Steel romance. I felt I'd failed because I hadn't got her reading Dickens or something but she was so enthusiastic and inspired to find out more about San Francisco (the book was set in San Francisco) that I realised it really doesn't matter. The main thing was that she was reading and loving it.