Ruskin's marvellousness always seems to get a bit lost in the whole Effie saga: it's such a shame that a man whose extraordinarily wide-ranging contribution to 19th Century culture seems to be remembered now mostly because he couldn't (or wouldn't) make love to his wife on their wedding night. (And here I am, bringing it up again in a most Daily Mailish fashion). But Ruskin was a critic, novelist, artist, patron, philanthropist, proto-environmentalist and socialist who believed passionately in the power of art to transform the lives of people - as Tolstoy said of him, he 'was one of those rare men who think with their hearts'.

I first became aware of him because I developed a teenage obsession with the Pre-Raphaelite Brotherhood, in love with Rossetti and Holman Hunt at about the time when my peers were mad about Simon Le Bon and Adam Ant (in retrospect I can quite see why I was considered an eccentric child - let's just say I grew into myself). Ruskin defence of Pre-Raphaelite Brotherhood in a letter to the Times saw a dramatic shift in critical and popular perception of pre-raphaelitism, and their commitment to 'naturalism' was greatly influenced by his writings. Later, when I discovered that one of my forebears had been friends with Ruskin at Coniston towards the end of Ruskin's life, it sealed the deal - I would be forever a Ruskin devotee.

Ruskin's skills as watercolourist are well known, but he was also a very early proponent of photography, working with daguerreotype soon after its invention in 1839 by Louis-Jacques-Mandé Daguerre. The Daguerreotype was the first publically announced photographic process: the photographic impression rests on the surface of a shiny silvered-copper plate and each daguerreotype contains a unique image with no negative - Ruskin bought daguerreotypes but also took them himself (apparently with the aid of his valet, isn't that marvellous? I'm convinced I could do so much more if only I had a valet too), creating one of the most extensive collection of daguerreotypes of Venice and probably the earliest surviving photographs of the Alps, much of which was thought lost until a lot of 188 daguerreotypes - more than half those Ruskin was believed to own- turned up in an auction in Penrith a little over nine years ago. The lot was bought for £75,000 (rather an increase on the original estimate of £80 - the auctioneers can hardly known what they were sitting on) by Ken and Jenny Jacobson, dealers in historic photographs, who have carefully researched, restored, conserved and catalogued them.
The result, Carrying Off the Palaces: John Ruskin’s Lost Daguerreotypes, written by the Jacobsons and published by Quaritch, tells the story of their discovery, of Ruskin's use of photography and its relationship to his watercolours. I've put one of the daguerreotypes with Ruskin's watercolour of the same scene at the top of this page: the Ca' D'Oro had been bought by a rather flighty ballet dancer and was being restored - Ruskin paints only the unrestored portion and leaves the rest deliberately blank. The book also serves as a fully illustrated catalogue raisonné of the 325 known John Ruskin daguerreotypes and the overwhelming majority of newly-discovered plates are published here for the first time. As Jacobson says, "Ruskin’s daguerreotypes would be a sensational new revelation in the history of photography even if he were completely unknown. We hope the work will be as intriguing to others as it has been to us.”
Seeing the book and some of the daguerreotype's at the book launch made me once again marvel at the breadth and ambition of Ruskin's achievements: he is truly the polymath's polymath. 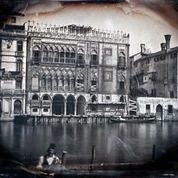 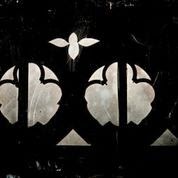 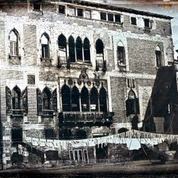 Of the three daguerreotypes above, the first was taken by a photographer known as the Frenchman, the two beneath by Ruskin with the assistance of John Hobbs, his valet. 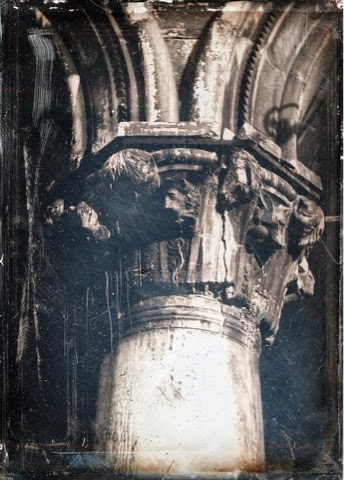 This, also by Ruskin: it must have felt a breathtaking miracle to be able capture with such precision and in such exquisite detail what one had only previously been reproduceable  as an artist's impression. It's making me come over all Walter Benjamin.
I'd like to say a huge thank-you to Quaritch's Alice Ford-Smith, who I first met when she came to Sarah Churchwell's Books That Built Me, and who invited me to the launch of Carrying Off The Palaces, with my great friend, gallerist and Ruskin scholar, David Wootton.

When I was young I was in love with Bobby Rydell, the poet John Keats and Jack Kerouac. I wanted to look like Juliette Greco and be a beatnik.

I am intrigued by the Effie mystery and it does somewhat overshadow Ruskin as you say.

I saw some of these daguerreotypes in the flesh last year (possibly the year before) when they were being exhibited at Watts Gallery near Godalming. They were amazing, very ethereal and looked surprisingly modern, like someone had instagrammed them.