THE DIGITAL DETOX - or - PAVLOV'S IPHONE

I can't be alone in thinking the internet is frying my brain.

More specifically, my iPhone is frying my brain - I am so appallingly addicted to it, I should have it surgically implanted: I can't seem to go more than two or three minutes without checking email, twitter, facebook, linked in, instagram (probably Periscope too, once I've worked out what on earth it's for), or googling some non-essential factoid.

In my darkest moments, I wonder if I've ever been properly productive since I first acquired one of the damn things in 2009. It has given me attention deficit disorder. It's a constant distraction. I've lost the ability to concentrate for long periods. I can't remember things as well as I used to - I don't need to, I can simply ask Mr Google.  I'm an internet bulimic, compulsively binging on vast amounts of McContent.


A brilliant friend of mine, Julia Hobsbawm, imposes 'techno Shabbat' on a Friday night. As one might expect from someone the Evening Standard called 'London's Networking Queen', for someone whose business pretty much requires her to be always on, trying to find a way of marking a division between work and family life requires a formal ritual . I'm not sure I have the discipline for twenty-four hours without the internet, but I do know that I need a digital detox. And, like tackling any addiction or compulsion, I need to put something else in its place to balance its absence.

I want my brain back.

I don't simply want it back, I want it to be as sharp and snappy as it once was. I want to take it to brain bootcamp. There's no point me trying Sudoku or some other spurious brain training thingy, it has to be something I enjoy or I'll relapse to the iPhone instantly. I need the Novel Cure...

There are some compelling studies that suggest reading literary fiction enhance brain connectivity. It's also proven to improve empathy. Perhaps reading more will rewire the damage I've done to my brain, if only I can train myself to read for long stretches of time without getting an attack of FOMO every five minutes and checking the iPhone. I also still have at least two and a half novels to read before The Books That Built Me next Tuesday.

If I had a doctor who could write me a private prescription, I'd take Modafinil (I think that's how one spells it). Modafinil it's a cognitive enhancement psychostimulant drug that sounds the absolute ticket, but it's probably like taking heroin to cure a caffeine addiction, so I'm going to support my efforts with something equally as modern but infinitely more natural. My friend Irina, who owns Purifyne, has given me her new range of juices called the Work Smart Juice Pack, which I'm going to try over the next few days. The juices come with special things to add - for instance, you pop Spirulina, a blue-green algae in a darky leafy vegetable juice to give a brain boosting shot of protein to all the vitamin C and iron to help prevent brain fatigue. It sounds like a much more nutritious espresso.

So, armed with nutritious novels, and juices with which to wash down the words, I'm switching off the internet tonight until tomorrow evening for a digital detox - do look forward to a brighter, shinier me - I feel all the zeal of the convert bubbling inside me, be warned. 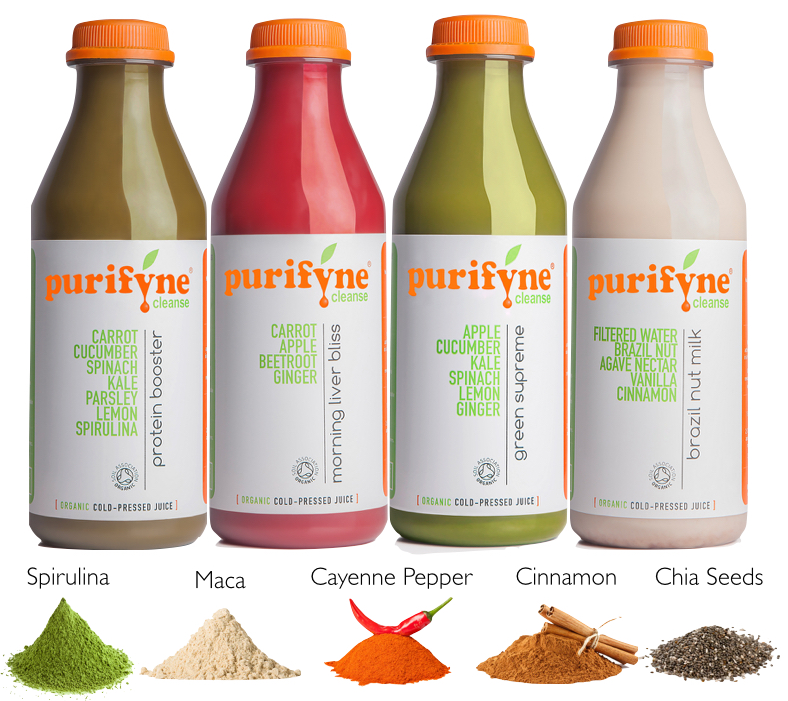 I'm exactly the same. My attention span is shot, I can't concentrate and I need to start reading books again. I had a mini-Digital Detox last weekend and felt so much better. I need to get a life (or get my life back).