PRESTAT AT THE BOOKS THAT BUILT ME

Reading is an intensely pleasurable activity.
At least, it should be - I suppose if one is cramming for exams or ploughing one's way through a book one hates out of a sense of duty, then it's less of a treat and more of a chore. I remember trying to cram A La Recherché du Temps Perdu and a pile of other massive 19th century novels for my finals and it so ruined reading for me, I don't think I read anything but Jilly Cooper and spy thrillers for a whole year after graduating.  Contrarily, if someone presses a novel on me, earnestly or otherwise, it can set me against the book forever.  My refusal to read The Sheltering Sky was once the straw that broke the camels back of a relationship - apparently, it was a potent metaphor for my habitual privileging of my own tastes, and my disengagement with his. Its also tricky when someone gives you a book because it 'will tell you everything you need to know' about them. A boyfriend of mine once gave me a copy of I Heard The Owl Call My Name  and to this day I have no idea what a story about a terminally ill vicar living with native Americans in a village in British Columbia had to say about an actor from East London. I'm not saying that people's favourite books say nothing about them - that would make a nonsense of The Books That Built Me - but I do think that the book one generally believes to reveal great truths about oneself probably doesn't. Books are more of a window into one's bookshelf than into one's soul.
Ive taken myself right off topic - this was supposed to be a post about self indulgence being good for one. I read lots of books that are recommended to me -  and love them and recommend them to others. At the moment I'm reading Hemingway's A Moveable Feast, on Alex Preston's recommendation. And it's an intensely pleasurable read - in a world driven by social media, of digital overload, the act of reading books needs to be fetishised a bit, one should wallow in the luxury of time spent in someone else's imagination, treat it as a mini holiday, revel in the pleasure of print in a digital world. When I conceived the idea for the salon, I wanted to make it as hedonistic as I possibly could- so, there is champagne,  a beautiful setting, and there is chocolate, possibly my second favourite thing after books - and delicious Prestat has been an essential part of the salon since it began. Prestat and I always try to pick up something from the author's books, even if it's very oblique, and match the choice of the chocolate the guests are given. So on 2nd June, for Alex Preston's salon, we have chosen an Earl Grey flavoured milk chocolate from the Art Deco collection - Esmond Lowndes, the hero in Alex's book In Love And War, is British in rather a Rupert Brooke kind of way, and he mixes with an aristocratic bunch of British ex-pats in Florence - at least in the first part of the novel - and one can imagine them having Earl Grey sent from Fortnum's   In Love and War begins in 1937, hence the Art Deco bit.
So you see, there is rhyme and reason.
The Books That Built Me - for literary sybarites.... 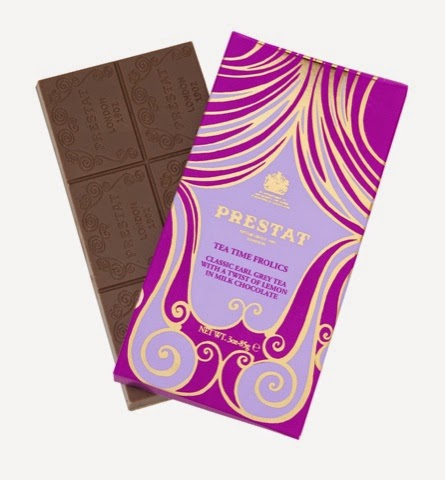 I must try the earl grey chocolate sound utterly delicious.... I carry a copy of Moveable Feast in my bag always, the perfect slim volume you can dip into and re-read if stuck on a bus or left to wait somewhere without reading material!!