For a while, I thought Blue Monday was another shopping thing, like Black Friday, invented by retailers to shift the last remaining Christmas stock before Spring/Summer comes into store.
Instead, it turns out to be the day when the nation is struck down by depression, the universal comedown after Christmas; the long dark January of the soul.
Three weeks through the month, few people are awash with cash, many are stoutly carrying on their New Year's temperance pledge, and some are even eating kale. Most are cast down by work - by turns Herculean or Sisyphean, and no one can fail to be gloomy about world geo-political ghastliness - Charlie Hebdo, Boko Haran, Syria, the Swiss franc ...
We are glum, because things are a bit rubbish, but we are mostly still hopeful of improvement. We know spring will come. We find the strength to change the things we can, and the courage to accept those we cannot. We are not depressed. To be depressed means walking an endless tunnel without anticipation of a glimpse of light in the distance.
I was idly wondering why moods have colours - seeing red, feeling blue,&c. It led me to ponder on how old philosophies and long outdated theories are hard wired into the folk memory. The idea that we are made up of four 'humours' all of which must be kept in balance if we are not to fall ill only fell out of favour in the late seventeenth century: small wonder we still use some of the language.
Anyway, it used to be thought that depression was caused by an imbalance of the humours, possibly an excess of black bile, a theory that possibly holds more credence than it just being because it's the third Monday of January.
In 1621, the priest and scholar, Robert Burton, published a book that was for centuries the definitive work on depression. The Anatomy of Melancholy brought together two thousand years of study, articulating Hippocrates and Galen's philosophies of the Humours, and drawing from every science the seventeenth century mind had at its disposal - psychology, astronomy, astrology and even demonology to create an authoritative and exhaustive study of melancholy, and documenting in the process Burton's own attempt to understand his malady.
It's an extraordinary work - vast yet readable, and if anyone's interest is picqued, then Google the brilliant BBC Radio 4 podcast, In Our Time, on Burton's book to hear the Anatomy of Melancholy's theories and cultural importance explored.
And as for blue Monday, well, January sucks, but I have a sanguine nature: we're already two thirds of the way through.
The Anatomy of Melancholy, What it is: With all the Kinds, Causes, Symptomes, Prognostickes, and Several Cures of it. In Three Maine Partitions with their several Sections, Members, and Subsections. Philosophically, Medicinally, Historically, Opened and Cut Up 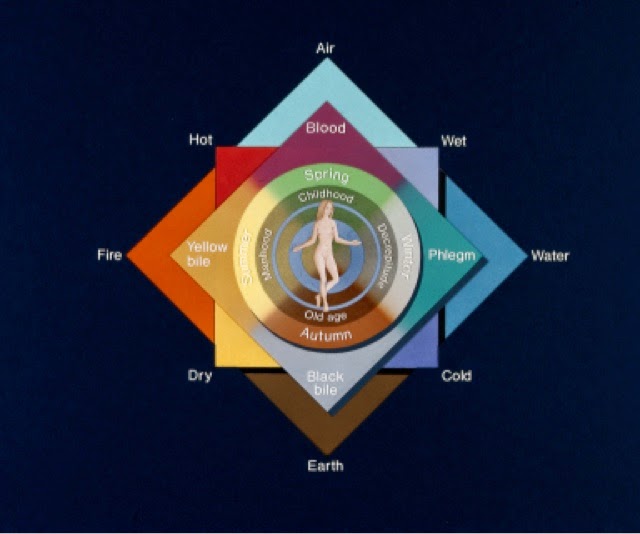 There's a simple solution, move your birthday to January. Or find someone who has a January birthday and use it as reason to celebrate. I'm lucky in that mine already falls exactly 3 weeks to the day after the new year starts. I've always loved January.