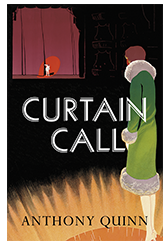 One of the really tedious things about running one's own business is the book-keeping. At least until one is successful enough to get someone else to do it, you have to trawl through reams of receipts and incoming and outgoings, paying invoices, chasing invoices so one has the money to pay what one owes and so on. Essential to get one's accounts right but by God it's killing me.

As I was sitting there last night like Bob Cratchit, I found it particularly irksome, because it was taking me away from a really gripping book. I expect everyone has already The Miniaturist - I'm a little late to the party - it tells the story of Nella, newly arrived in Amsterdam to marry a rich merchant she has only met briefly once, and who gives her a replica of their house to furnish, as a wedding present, like a very grand, grown up doll's house. Of course, this being a really satisfying book, nothing is quite as it seems.

It's hardly a fortnight into the New Year and I've obviously not been too assiduous with my accounts because I've read at least three excellent novels.

In Olivia Glazebrook's Never Mind Miss Fox, recommended to me by Belgian Waffling,  the possible revelation of an ugly secret threatens to unravel the lives of a family, who are, to misquote Tolstoy, superficially happy in the manner of most families but unhappy in their own very particular way. At one level, it's a tale of the havoc infidelity can wreak, but Glazebrook's writing is much cleverer and more subtle than that: her characters are vivid, complex, flawed and none is wholly likeable, yet you're caught up - complicit even - in the dense psycho-drama of their lives from the very first page. Glazebrook is especially good on the ways one can love people without absolutely liking them, and that goes for the reader's relationship with the novel's protagonists as well as theirs with each other. It's disturbing and original and utterly brilliantly written with a voice that is as beautifully realised as its plotting.

I'm not going to try to precis it - instead, read this marvellous review by Sadie Jones (author of another terrific book, Fall-Out) - and anyway, to badly paraphrase one of Curtain Call's most glorious characters, trying to capture the essence of a really good book in a few lines is to risk doing it no justice at all - like describing Barchester Towers as a book in which the arrival of a new bishop at a cathedral town ruffles a few feathers.

Marvellously, Anthony Quinn has just written this for the Vintage books website about how characters can be the key to your plot - it's quite brilliant, and gives great insight into why he's such a terrific writer.

Anyway, I am going to give up on the accounts now and go to bed. Tomorrow I'm going to start cramming some of the marvellous books Samantha Ellis has chosen for The Books That Built Me on 21st January in preparation for the salon.